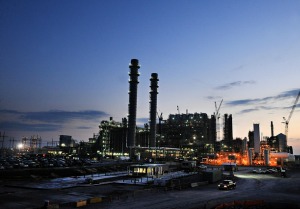 Mississippi Power is awaiting an order from the Mississippi Public Service Commission to refund an 18 percent increase ordered by the Mississippi Supreme Court, but the regulatory agency is still trying to determine the best way for customers to get their money back. 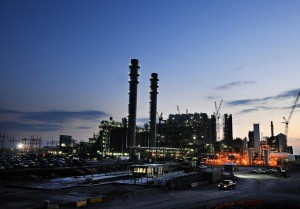 The utility’s request for a rehearing was denied last week by the Mississippi Supreme Court in a lawsuit brought by Hattiesburg businessman Thomas Blanton over rate increases to fund the Kemper Project integrated gasification power plant.

The court ordered the company to refund its 186,000 customers for the 18 percent increase, which would add up to around $281 million.

Northern District PSC Commissioner Brandon Presley told Mississippi Watchdog the commission is trying to work out the mechanics of something unprecedented in the past 25 years for the commission. He said he doesn’t know when a refund order will be issued.

The commission’s next scheduled meeting is July 7.

“It should be in the form of a check and they should be able to spend it how they want to spend it,” Presley said. “What if they need a bill paid or a new set of tires?”

Blanton, a candidate for the Southern District Commissioner seat on the PSC, said he wants the company to cut checks to its customers as soon as August.

“We should all be happy to learn a new word: Confestim,” Blanton said. “It means immediately in Latin. The Supreme Court instructed the Public Service Commission to order confestim the refund of the money. Immediately. Now.”

The $6.22 billion plant is designed to convert the second-lowest grade of coal, lignite, into a natural gas-like substance called synthesis gas to burn in its electricity generating turbines. It’s billions over budget and two years behind schedule.

With a court-ordered refund to customers on the way, the company could be looking at a $556 million hit to its bottom line in this year alone. And more red ink could be on the way in what could be a financial triple whammy for Mississippi Power.

In May, the South Mississippi Electric Power Association decided not to purchase a 15 percent stake in the Kemper plant and sought a refund of its deposit, plus interest. Mississippi Power spokesman Jeff Shepard said the utility paid the $275 million, plus interest, back to SMEPA on June 3. The utility has listed the deposit as a current liability on its balance sheet.

Another potential financial hurdle arising from Kemper is the expiration of two contracts by a pair of oil recovery firms — Denbury Onshore and Treetop Services LLC — to buy carbon dioxide that will be taken from the gas stream. SEC filings by Denbury reported the two firms could terminate the contracts after May 11 if the plant wasn’t sending them carbon dioxide by then. The plant isn’t scheduled to go completely online until the first quarter of 2016.

According to the company’s most recent annual report, any further delays could cost the company up to $30 million per month in added costs.

The plant is supposed to take 65 percent of the carbon dioxide out of the gas stream as it heads to the turbines to be distributed via pipeline to the two firms, which would generate about $50 million to $100 million in annual revenue. If that system doesn’t work or if the plant is delayed past April 2016, the company might have to return some of the the $276.4 million it received in investment tax credits.

The court cited the lack of prudency hearings on whether construction costs of the plant were justified as one of its reasons for mandating the return of the 18 percent increase. If the PSC ruled the added costs incurred during Kemper’s construction were prudent, Mississippi Power could pass those costs onto consumers in the form of rate increases.

The PSC said in an order last August it wouldn’t conduct prudency hearings until the plant goes into commercial operation. It also spun off the facility’s turbines, running on natural gas since last June, into a separate filing.

The utility has already filed a request for a rate increase with the PSC to help fund the Kemper plant that could increase utility bills by as much as 41 percent if approved.