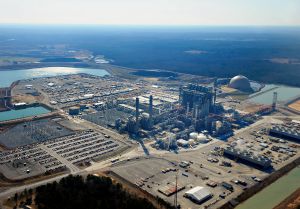 Mississippi Power customers should have kept the champagne on ice to celebrate the end of an 18 percent rate increase. Turns out their bills will increase by the same amount in September, barring another court order.

Hattiesburg businessman Thomas Blanton — the plaintiff in the lawsuit that stopped the original increase — told Mississippi Watchdog he’ll go to the Mississippi Supreme Court to get an order to stop the new increase, since the 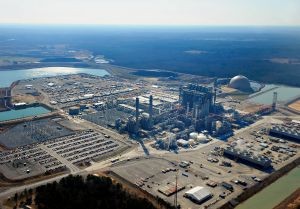 company admitted the money will be used for construction of the Kemper Project.

The increase is temporary, coming after the Mississippi Public Service Commission voted 2-1 Thursday to give the utility emergency rate relief with the order.

The 18 percent temporary rate increase is designed to cover the $1.1 billion in costs on the combined cycle plant — which contains electricity-generating turbines, transmission lines and other associated equipment — and keep the company solvent. Mississippi Power CEO Ed Holland said in testimony last week the company would run out of money by November if rate relief wasn’t granted.

The order is conditional on the increase being subject to a possible refund, the company filing a $50 million refund bond with the PSC and the possible credit infusion of $200 million by Mississippi Power’s parent firm, the Southern Company. The PSC also wants to see proof of the company’s attempts to cut costs by a hearing Nov. 10 for permanent rates on the combined cycle and other working plant assets. The PSC will issue a ruling by Dec. 8.

The possible specter of bankruptcy weighed heavily on the proceedings, which took only 15 minutes. The order shows concern with the company’s lack of cash and access to traditional credit markets with its low bond rating in the middle of hurricane season.

“My position has consistently been that there were other options, other ways to do this, but we have to recognize too that this is a serious issue,” Presley said. “I was against it from the beginning and voted every time that this wasn’t the right thing to do and my mind hasn’t changed. But I’d be sticking my head in the sand to say today that there isn’t a financial problem within the company, which there obviously is.”

The utility said last week the $159 million increase would, in part, go toward finishing construction of the controversial Kemper Project integrated gasification power plant. The price tag on the plant is up to $6.229 billion and two years behind schedule.

“This is a situation that is very fluid,” Presley said. “When you come up with more costs and more delays and that’s been the record in a good bit of it, I don’t know if there is a way (for them to cut costs). The mistake was made when the green light was given and once you set that train on the track, you can’t take it off. That’s where the mistake was made, and it’s hard to make a silk purse out of a sow’s ear.”

The Mississippi Supreme Court ordered the company to refund $350 million in rate increases, the result of a lawsuit brought by Blanton. The original 18 percent increase was used to fund construction of the plant, as will this one, the company said in testimony last week.

The gasifier, which converts lignite to synthesis gas, should be operational in the first half of 2016.

The PSC, in an order from last August, said it wouldn’t take up prudency hearings on the Kemper project until it’s placed into “commercial operation” and demonstrates its availability for a “reasonable period.” With only Presley seeking re-election, a new PSC will get to deal with the costs of the gasifier.

“This rate today is just considering what’s already in service, ‘used and useful,’” Southern District commissioner Steve Renfroe said. “Then there’s the rest of the plant, which, in my view, that should be done after they startup and demonstrate that the plant will run. That will happen on the next commission’s watch.”

A first-of-its kind “clean coal” power plant in eastern Mississippi, Kemper is designed to convert lignite coal into a natural gas-like substance called synthesis gas to burn in its turbines. Holland said in his testimony that the plant is a “dual-fuel” plant, meaning it’s capable of generating electricity on either natural gas (720 megawatts) or synth-gas (582 megawatts).