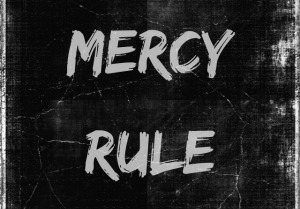 In 1984 Gillette launched what became a classic TV ad campaign for its Dry Idea antiperspirant.  It featured celebrities with advice about three “nevers” for their professions.   Here’s Dan Reeves on being a winning coach: “Never let the press pick your starting quarterback. Never take a last place team lightly.  And, really, no matter what the score, never let ‘em see you sweat.”

Embarrassing records. The Chicago Bears beat the Washington Redskins by the score of 73-0 in 1940.  It’s the worst licking ever in professional football.   Think Redskins coach Ray Flaherty broke a sweat while setting the record?   Speaking of embarrassing records, Mississippi Power’s Kemper County Lignite Plant holds the record for the most expensive 500 MW power plant ever.  Over $6 billion.  And it’s not done yet and hasn’t run.  Think its CEO is sweating?  Maybe not because he’s pretty cool, and pretty clever, and Kemper’s not his baby.  His job is to gloss over its mistakes, problems, and cost and to get customers to pay for some of it.   Responsibility for it  belongs to the Southern Company CEO who ordered his sub to build it and to the former governor who promoted it.  They hold the record.

Desperate filings.  But it looks like somebody’s sweating.  Mississippi Power’s most recent Public Service Commission filings smell like desperate attempts to get a rate increase before the upcoming PSC elections and before the first news release about Kemper startup problems.   The filings, the delays refunding $337 million of construction interest ordered by the Mississippi Supreme Court, and the reports of slow payments to Kemper vendors suggest cash flow problems.  What?   Cash flow problems for Mississippi Power when its parent Southern Company is a $40 billion behemoth?   Yep, and they could get worse unless Southern advances more capital or credit to pay for Kemper or unless Mississippi Power gets a rate increase.   As of March 31, 2015 , Mississippi Power’s current liabilities exceeded current assets by approximately $578 million.

The filings note Mississippi Power’s deteriorating credit rating and loss of confidence by rating agencies and investors.  This is probably the logical result of Kemper’s construction delays, runaway costs, consistently unreliable company guidance, concerns about the operability and viability of the high cost gasifier in a competitive world of low cost natural gas, and doubts about the politics of making customers pay for it.  The financial problems also reflect poor financial planning that put the high risk high cost project on the balance sheet of Southern’s smallest weakest subsidiary (while Southern intended to benefit from sales of its technology to the Chinese.)  But the company blames the PSC because of delays rubber stamping its filings and for embarrassing queries about the project.  It sounds like that once “fulsome” relationship with the PSC that Southern’s CEO bragged about has also deteriorated.

The filings are telling.  They are not made under the Base Load Act although the money is needed to pay for Kemper.   The Act requires the plant to be deemed prudent and hence to be operating.   The company says the plant won’t try to start up until next year and doesn’t say when it will be operating.  The company needs money now and wants it from customers, not Southern’s stockholders.   So it has filed for a Traditional Rate Increase under prior law which does not require prudency.   In fact the PSC doesn’t even have to act.  The increase becomes effective after 120 days if it doesn’t.   Incumbent commissioners can just sit on the filing, and the company gets its increase.  Pretty clever.  Huh?

However, the Traditional Rate Increase to finesse prudence, avoid a PSC vote, and take effect before the election is limited to one year.   It’s a 41% increase vs the rate before the increases the Supreme Court rescinded.  It will be effective retroactively June 1 this year.  It assumes the company refunds the construction interest as ordered over two years.   Presumable, there will be a greater increase if the company has to refund the construction interest all at once.

60% rate increases.  There is a second one year increase next June making the total increase 60% vs the rate before the construction interest increases.  This is in line with our earlier estimates of the increase required to pay for the plant.  It is much higher than the company’s “not a penny more” assurances.   The company blames the Supreme Court for the difference.  This second increase is problematic since it requires approval by the new PSC commissioners after the election later this year.

“Don’t ever let ’em see you sweat” reappeared as a soundtrack song for the 1992 movie “White Men Can’t Jump” starring Woody Harrelson and Wesley Snipes as basketball hustlers.    Here’s a memorable line from the movie: “You can put a cat in an oven, but that don’t make it a biscuit.”   Somehow that reminds me of Mississippi Power’s “KEMPER: THE FACTS” ad campaign.  The company is spending a lot of money on it to hustle five Supreme Court Justices and two new Public Service Commissioners.   Whoever created it must think justices, commissioner candidates, and voters can’t tell a sick cat from a biscuit.

Mercy rule needed.  There’s not a mercy rule in professional sports to end the game when the score gets out of hand.  There is in some amateur contests.  In a seven inning high school baseball game, for example, if a team is up by ten runs after five innings, the game is called.   There should be a mercy rule for Kemper.  It seems to qualify for amateur status.   Someone (logically Southern’s board) needs to put it out of its misery.  That probably won’t happen though as long as the company has any hope of getting customers to pay for part of it.  Maybe, the new commissioners can fix that.