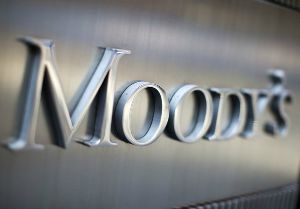 “The downgrade of Mississippi Power’s ratings reflects the lack of permanent cost recovery provisions in place for the Kemper IGCC plant since the Mississippi Supreme Court invalidated the utility’s 2013 rate plan earlier this year,” 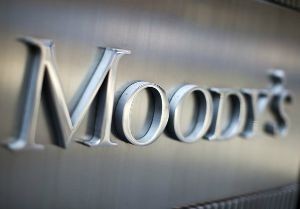 Although the Mississippi Public Service Commission (MPSC) approved interim rates by a two to one margin yesterday, providing the utility with some limited, potentially refundable rate relief on the plant’s in-service assets and averting a potentially more negative rating action, there is still no permanent cost recovery plan in place for the Kemper plant. The lack of a unanimous decision on a utility’s appeal for emergency financial relief is a particular credit concern. In addition, some interveners may challenge the approval of these interim rates.

The negative outlook reflects the financial uncertainty still facing Mississippi Power as it strives to obtain permanent rate relief on the Kemper plant with only two of the three commissioners supportive. Under a scheduling order issued by the MPSC earlier this week, hearings on designating these interim rates as permanent, including determining the prudency of the costs incurred for the in-service assets, are scheduled for November with a final order to be issued by 8 December 2015.

Near-term approval of some permanent rate relief on the Kemper plant has become all the more important because of the upcoming change in the composition of the MPSC on 1 January 2016 following elections this November. Several of the candidates running for the MPSC have voiced their opposition to the Kemper plant, as well as for the rate increases necessary for the utility recover the costs incurred under the MPSC’s previously established construction cost cap. A less credit supportive regulatory commission in place without some permanent rates in effect will likely lead to a further rating downgrade.

The negative outlook also reflects Mississippi Power’s constrained liquidity position and high reliance on parent company Southern for liquidity support. As a result of the Supreme Court decision, the MPSC ordered the utility to stop collecting the rates that had been in place since 2013 and to submit a plan for refunding those amounts already collected. The approximately $350 million of refunds will put additional stress on Mississippi Power’s cash flow coverage metrics and increase its reliance on the Southern parent company for intercompany loans and other financial support.

Mississippi Power already borrowed $301 million from Southern in June through an 18-month promissory note to fund the return of the deposit to South Mississippi Electric, its former 15% partner in the Kemper project. For external financing, the utility is relying almost exclusively on short-term bank term loans ($900 million due 1 April 2016) in anticipation of a potential securitization of a portion of the Kemper costs, approval of which is by no means assured.

The Kemper project continues to be affected by schedule delays and cost increases and Mississippi Power now expects the plant to begin commercial operation during the first half of 2016. Construction of the plant is complete and its combined cycle has been in-service since 9 August 2014.

Although the utility fired its first gasifier in the first quarter of 2015, it recently communicated a new delay in the first syngas production to the fourth quarter of 2015 from the third quarter as it tests sand in the gasifier before introducing lignite. Monthly status reports to the MPSC over the second quarter of 2015 indicate that plant costs have continued to rise, albeit at much lower levels than previously, increasing by $4 million in April, $10 million in May, and $9 million in June.

What Could Change the Rating – Up

An upgrade of Mississippi Power is highly unlikely while there are no permanent cost recovery provisions in place and while the utility is midst of completing and testing the Kemper plant. Ratings could only be upgraded if there is an MPSC approved plan for the ultimate recovery of costs up to the current $2.88 billion regulatory approved cap, if the MPSC remains credit supportive following the election of new commissioners this November, and if the utility successfully executes an anticipated lengthy start-up and testing phase. Any upgrade would also be predicated on an improvement in credit metrics to levels more commensurate with a high Baa ratings, including CFO pre-working capital to debt of at least 20% on a sustained basis.