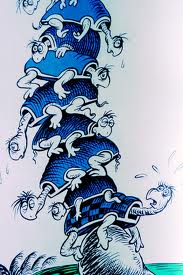 Share this article
Kemper’s fantasy is that worthless lignite can be turned into a syn gas substitute for natural gas in an experimental plant and burned in a slightly modified conventional natural gas plant to produce electricity cheaper than from natural gas.

A myth is a widely held false belief.  An ancient Chinese myth says the world is flat and rests on the back of a great turtle which in turn rests on a greater turtle, and so on.  It’s turtles all the way down.  Today this means endless fantasies or fabrications one on top of another.

Which brings us to Mississippi Power’s Kemper County Lignite Plant boondoggle.  Kemper’s fantasy is that worthless lignite can be turned into a syn gas substitute for natural gas in an experimental plant and burned in a slightly modified conventional natural gas plant to produce electricity cheaper than from natural gas.

Kemper’s fantasy rests on two other fantasies.  One, that the experimental plant would cost $2.2 billion and produce syn gas that would be cheaper than natural gas.  Actual cost so far is  $5+ billion.  No syn gas yet.  The higher the plant cost, the higher the fantasy syn gas cost.

And two, that natural gas prices would increase sharply and be over $9 by 2014.  Average cost year to date is under $4 per mmbtu.

Reality has intruded.  Plant cost is much higher and gas cost much lower than fantasized.  It looks like turtles all the way down for Kemper – one fantasy on top of another.

The great turtle at the bottom of Kemper’s stack could be the powerful and popular politician and lobbyist and former governor who promoted the lignite plant and said it would be good for the state.

The next turtle up could be his client, the Southern Company.   It made a big investment in the experimental plant.  Customers would pay for the experiment, and Southern would make a guaranteed 15% on its investment.  It would sell the technology to the Chinese if it worked.

The next turtle could be Southern’s wholly owned subsidiary Mississippi Power Company.  It operates in a friendly regulatory and political environment and has a monopoly.  So regulators and politicians could make customers pay for the experiment and tell them it was a good deal.

The next turtle could be the fixers:  lawyers, lobbyists, consultants, company executives.  They convinced regulators and legislators that natural gas would cost more than syn gas.  They predicted higher and higher gas prices and ignored looming vast new supplies from horizontal drilling and fracking.  They low balled the cost of the lignite plant and hence the cost of its syn gas.  They based the plant cost on 10% engineering, pilot plant data scaled up 50 times, and  other fantasies.

The next turtle could be the Public Service Commission which approved construction of the plant and an 18% rate increase to prepay some construction.  The PSC had help from legislators who passed the Base Load Act authorizing prepay.  (It’s possible the fixers misled them all.  It’s possible two commissioners were less than diligent.)  The third commissioner was diligent and was not misled, however, and consistently voted against the plant.

The end of a relationship?  The PSC has approved the construction, but not the cost of the lignite plant.  Early this month it cancelled a scheduled hearing on the cost and issued a  unanimous unexpected decision that it will not consider the cost of the plant before it runs.  This followed a 92 page report by commission consultants about the company’s Kemper misrepresentations.  And this followed a 999 page filing by company consultants saying the PSC’s approval of construction in effect told the company to build the plant.  Therefore the PSC should approve its cost and make customers pay for it.

Dueling consultants.  Like dueling banjo and guitar in Deliverance.  There are no heroes in this story either.  Sounds like the end of a beautiful relationship though.  Look for more “he saids, she saids.”

So what are the company’s misrepresentations?  Here are a few.

The fixers “studied” 600 cases or scenarios of natural gas plants vs the lignite plant for the PSC.  The natural gas plant options were better in all cases except where projected natural gas prices were very high.  For example, $9.50 or higher in 2014 and increasing.  This appears to be the plug number (whatever it takes) to make lignite win.  Actual price has averaged under $4 this year.  The Energy Information Agency projected 2014 natural gas price at the time at $6 with warnings of significant downward price pressure.  .

All of the winning lignite cases had a plant cost under $2.4 billion.  The company represented it could build the plant for this cost.  The PSC approved construction in 2010 based on this cost.  However, it turns out this was essentially a back of the envelope estimate.   The company admitted it started construction with engineering only 10% complete.   The PSC re certified construction in 2012  in a 45 second meeting based on the same cost estimate.  Two weeks later the company announced $500 million of cost overruns.  Surprise!  Surprise!

So, how to explain all this?  Intentional misrepresentations?  Incompetence?   Don’t worry, customers will pick up the check?

The turtle at the top of the stack represents these customers who have already picked up part of the check.  Their rates are up 18%.  They will go up a lot more if the PSC approves the  lignite plant.

What’s next?  Some facts and a forecast:   The cost of the natural gas plant is about $900 million.  It has 60% more capacity than the lignite plant.  It is operating and producing electricity for 5.3 cents per kWh on $4.00 natural gas today.  Its electricity will average 5.5 cents per kWh over the next ten years based on Energy Information Agency gas price forecasts.  (EIA’s forecasts have been better than the company’s.)

Some more facts and a forecast:  The cost of the lignite plant so far is $5+ billion.  It has not run.   It may not.  If it does run and customers pay only for its operating and maintenance costs,  the cost of its electricity for the next ten years will be over 11 cents per kWh.   That’s right.  If the company writes off all construction cost, electricity from lignite will still be over twice as expensive as electricity from natural gas.  (Forecasts based on EIA data.)

A question for the company:  So what’s the point of the lignite plant now?

Some questions for the PSC:  Why don’t you approve the natural gas plant and cut rates?  Why don’t you refund customer payments to build the lignite plant?  What are you waiting on?

A question if you care about Mississippi:  How to prevent other boondoggles like Kemper?