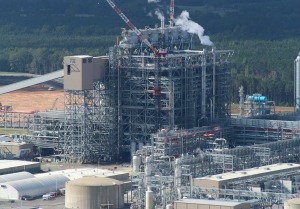 Mississippi Power announced Tuesday in a filing with the U.S. Securities and Exchange Commission that the Kemper Project clean coal power plant’s commercial operation date will be pushed back to next month.

The delay will cost the utility $51 million in added costs for the plant, which is designed to convert lignite coal mined on site into a natural gas-like substance called synthesis gas to fuel its electricity-generating turbines. That brings the plant’s total cost to $7.092 billion.

The company says it achieved integrated operation of the plant’s two gasifiers on Sunday and that it is continuing to generate electricity using synthesis gas.

According to the filing, the company says it needs a repair and modification outage of one week “to further improve the plant’s ability to achieve sustained operations sufficient to support placing the plant in service for customers.”

The December report, filed with the Mississippi Public Service Commission and included with the filing, marked 19 consecutive months with a cost increase for the clean coal power plant, which was originally estimated to cost $1.8 billion when the project was announced in December 2006.

The facility was supposed to be operational in May 2014.

The company has delayed the facility’s commercial operation date four times since Tom Fanning, the CEO of Mississippi Power’s corporate parent the Southern Company, said startup was going “beautifully” on an earnings call on Oct. 31.

The Southern Company will announce its fourth-quarter earnings on Feb. 22.