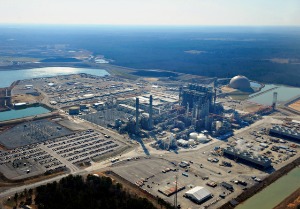 The Kemper County Energy Facility by Mississippi Power and the Southern Co. are putting an undue hardship on the 23 southern Mississippi counties through higher electric rates.

This approximately $7 billion boondoggle will produce, if it ever actually goes online, the same power as a gas plant that might have cost only a billion dollars or less. The experimental nature of the plant, mismanagement, poor quality control, etc. exposed by the recent New York Times article (“Piles of Dirty Secrets Behind a Model ‘Clean Coal’ Project,” July 5) means that some of the poorest people in the U.S. have to pay the price with higher electric rates. These higher rates translate into higher costs for businesses and residential customers, who then must cut back on other expenditures.

The 23 counties of the Mississippi Power area have seen anemic job growth compared to the rest of the country, partly due to these rate hikes. In the 30 months after April 2013, when electric rates were increased by about 18 percent in the affected 23 counties, there was a net loss of more than 23,600 jobs compared to what would have happened if the growth rate had been equal to the nation’s employment growth.

Mississippi Power after Hurricane Katrina showed that we have many heroes in this area, but the leaders of the company parlayed this goodwill by lobbying our state legislature into passing the “Baseload Act,” which allows the company to pass on the costs of building the plant even if it never produces electricity. Two local leaders, Tom Blanton and Michael Adelman, brought suit against the company and won an approximately $377 million rebate to customers. Other local heroes include the Sierra Club, Brett Wingo (the former plant manager who became a whistleblower), Steve Wilson at WatchDog.org and the folks at BiggerPieForum.org who have helped make transparent the ever-escalating costs of this fiasco.