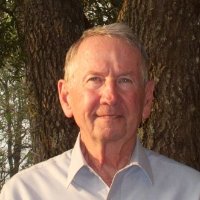 Share this article
Kemper is so irrational and unfair. How can it happen here? Is Mississippi just like Washington? Is everything political?

Kemper is so irrational and unfair.  How can it happen here?  Is Mississippi just like Washington?  Is everything political?  Northsidesun readers are skeptical about Kemper.  They know about Mississippi Power’s experimental plant to produce electricity from lignite, its construction delays and cost overruns, and its unaffordable electricity.

They think it’s crazy to spend 6 times the cost of a natural gas plant to produce electricity that’s twice as expensive from lignite.  They wonder who’s responsible?  Here’s how to find out.  The Romans asked qui bono: Who benefits?  We say: Follow the money.

A lot of money to follow.  Kemper is the biggest construction project in Mississippi’s history.  It’s a $6 billion boondoggle.   That’s over 100 beef plants.  The “beef plant” was the benchmark for political boondoggles in Mississippi.   But Kemper now holds the record.   A lasting legacy for its supporters and its Public Service Commission and state legislature enablers.

A boondoggle is an expensive and wasteful project usually paid for with public money.  Kemper is expensive and wasteful.   But Its public money is not tax dollars.  It’s money that elected Public Service Commissioners and legislators make customers overpay for Kemper’s electricity.  Same deal though: public officials spending other people’s money.

Spending other people’s money.  The legislature passed two creative bills to spend other people’s money on Kemper.   One was the Base Load Act.  It forces customers to prepay for Kemper’s electricity.  A kind of lay away plan.  Rates went up 18%.  The rationalization was if customers pay some now, they will pay less later when the plant runs in 2015 or whenever.  Sticker shock will be lower.  Company lobbyists said it was a good deal.

The other was the Billion Dollar Bail Out.  It puts customers on the hook for company debt.  Company lobbyists said it’s good for customers because it lowers Kemper’s interest cost – which customers pay.  They didn’t say it’s better for shareholders because it takes a billion of debt off of the company’s books and avoids a $.5 billion write off.  But it is.

Some knowledgable capitol scene observers say that lobbying for the bills also set records.   But what are millions for lobbyists when there are billions at stake and public officials to be educated?   Sound like Washington?

(There is pending litigation challenging the Base Load Act as an unconstitutional taking that forces customers to pay for a service they have not received and may not receive.)

This leads to what economists call concentrated benefits vs dispersed costs.  It’s also called crony capitalism.  The well connected few get big gains.  The unconnected many get a little pain.   The company and its supporters get big gains.  And 155,000 residential customers get the pain.  Except it’s not a little pain.   Their rates are already up $23 per month due to the prepay with more increases coming.  That’s real pain for customers whose median household income is under $40,000.

Big gains.   The company has built and run a conventional 800 megawatt natural gas plant as part of the Kemper project.  It will provide electricity to start up the lignite plant.  It cost about $900 million including transmission lines and other auxiliaries which enable it to supply power to others.  (The company made a million dollars selling its power to the North East in January.)   It can supply more electricity than the lignite plant at less than half its cost per kWh.

So why doesn’t the company run it now to supply its customers cheap electricity?  What’s wrong with it?  Nothing, except it’s too cheap.  Say what?  That’s right.  It doesn’t cost enough to create big gains for the company.  Here’s how it works.

The company is a regulated utility monopoly.  Customers in its service area must buy its electricity and pay for all prudent plant costs and operating costs plus 15% profit on the company’s investment.  The more the company spends, the more it makes.   Thus a plant that costs $6 billion is over six times as profitable as a $900 million plant – a Wall Street dog.

However, it looks bad to make some of the poorest households in America pay for a $6 billion plant.  So there is a “settlement agreement” under which  customers pay only $4 billion and the company pays the rest.  Makes it look like a bargain, right?  Never mind that electricity from the $4 billion lignite plant costs over twice as much.  Or that the extra cost is $16 billion over the 40 year plant life.  Or that this means fewer jobs, slower growth and a smaller economic pie for a third of the state’s economy.

What about the Wall Street dog?  The plan seems to be to consider it part of the $4 billion bargain and  ignore it as a stand alone plant.   More politics?  Sure, but what’s new?

In September the PSC will hold hearings on $2.9 billion of Kemper’s cost.  This includes $900 million for the completed natural gas plant plus $2.0 billion for the incomplete lignite plant.    The natural gas plant has already run (used).  It could go into service now as a stand alone plant to supply 30% more electricity than the lignite plant at 40% of the cost per kWh (useful).  Rates would go down.  You would think the PSC would approve this.   You would probably be wrong.

What’s the rush?  You would also think the PSC would defer a decision on $2 billion for the incomplete lignite plant until it has run and demonstrated usefulness.   What if experts are wrong again and it takes two more years to complete the plant?  And three or four years to run?   And it never runs as advertised and is a real dog?

Not to worry. The PSC now says if it gets prudence wrong, it can just undo it.  Like it can un-break an egg.  How do you undo damage to poor families from years of overpayments? But the possibility of a do over on prudence should make for  interesting PSC elections next year.   And lots of campaign contributions given the billions at stake.  More money to follow.

Who benefits from the rush?  Customers don’t.