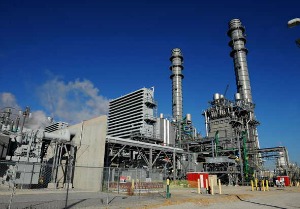 Mississippi Power said Tuesday it still expects the startup of the Kemper lignite plant in the first half of 2016 — but not by April 19, which means the company will have to return $234 million in tax credits to the IRS.

Mississippi Power President and CEO Ed Holland told the Sun Herald it’s possible but not probable the plant will be operational by that date. He still expects it to be running by June 30. 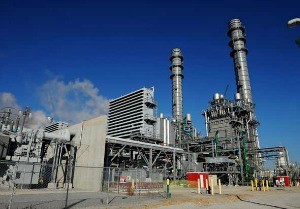 MISSISSIPPI POWERThe Combined Cycle portion of the Kemper power plant, shown in the foreground, was placed in service in August 2014. Mississippi Power reported Tuesday that the lignite portion of the plant won’t be placed in service by April 19, requiring the company to refund $234 million in tax credits to the IRS. Millions of additional costs are expected each month until the plant is fully operational

For customers worried about what the continued spikes in the cost of construction and startup of the energy facility will mean to their bills, Mississippi Power’s August status report to the state Public Service Commission is not encouraging.

Additional costs outlined in the report:

n $15 million revised cost estimate for August, primarily for startup costs. “Customers will not pay for this increase,” the company said.

n $13 million each month in financing costs after March. These are not subject to the cost cap and will be paid by the ratepayers if approved by the PSC.

n $7 million each month in operating expenses and carrying costs after March, which are not subject to the cost cap and will be paid by the ratepayers if approved by the PSC.

n $25 million to $30 million per month for any extension of the projected in-service date past March, which customers will not pay.

The projected cost of the plant now stands at $6.27 billion. The original price tag was $2.4 billion.

Mississippi Power’s loss to date above the cost cap imposed by the PSC is $2.12 billion.