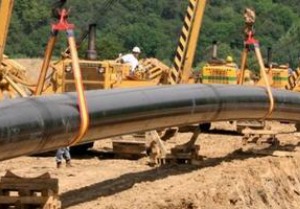 PORTION OF LAWSUIT  BY TREETOP MIDSTREAM SERVICES VS. MISSISSIPPI POWER AND SOUTHERN CO.

Author’s Note: About two weeks ago, someone called me to ask about matters I’d written about on this web-site. I was told that a lawsuit related to Mississippi Power’s Kemper project was likely to be filed in the coming weeks. I did not learn the identity of the plaintiffs, or the nature of the claim, until reading the lawsuit Friday. I make this note because I am from Mobile, as is the lead law firm in this case, and out of concern that someone might see a connection where there is not.

The lawsuit is at the bottom of this post. Should anyone wish to suggest a correction, or provide me with additional information, you can reach me on my cell, at 251-454-1911; or by e-mail, at eddcurran@aol.com.

Officials with Mississippi Power and Southern Co. directed Treetop Midstream Services LLC to proceed with building a CO2 pipeline despite knowing there would be significant delays in completing the Kemper “clean coal” plant and generating the CO2 that Midstream had contracted to purchase from the plant, according to a lawsuit filed Thursday.

Ridgeland, Miss.-based Treetop and associated companies contend that they never would have begun much less spent tens of millions of dollars on the pipeline had Mississippi Power and Southern Co., been truthful about the timeline for completion of the plant.

According to the complaint, Mississippi Power terminated its CO2 sales contract with Treetop on June 3.

“Thus, after intentionally misrepresenting and concealing the Start Date for the Facility and forcing Treetop to unnecessarily spend nearly $100 million on a pipeline and other equipment, the Southern Company Defendants have now left Treetop with a pipeline to nowhere that never would have been built but for the fraudulent conduct of the Southern Company Defendants,” the plaintiffs contend.

Tellus Operating Group LLC, of Ridgeland, Miss., is the parent company of Treetop, and a co-plaintiff in the lawsuit.

The plaintiffs seek to recover $100 million they say they have spent to date; tens of millions of dollars in anticipated future losses related to the pipeline, and punitive damages.

In many ways, the lawsuit dovetails with the generalized claim that Mississippi Power and its parent, Southern Co., have long known that the now $6 billion-plus plant would not be completed according to long-held timelines; and that, for financial reasons, the defendants intentionally concealed the nature and severity of the delays.

In May, Southern Co., disclosed in its quarterly report that the Securities and Exchange Commission is “conducting a formal investigation” into accounting and disclosure issues regarding Kemper. Here is that statement.

I am not qualified to assess the gravity of such a disclosure to the SEC by Southern Co. and Mississippi Power, such as regarding the frequency of such disclosures by public companies; or the likelihood, after such disclosures, that some punitive finding is issued. Clearly, though, the plaintiffs in this case are basing their allegations on some of the issues the SEC is reviewing.

Mississippi Power’s Kemper plant is producing power with purchased natural gas, but has yet to operate as intended — on a natural gas like product produced from coal.

Needless to say, the lawsuit presents Treetop’s version of events. The defendants assuredly will present a far different version.

To understand the lawsuit, one needs to have a basic understanding of the Kemper plant and the CO2 component of it.

The importance of CO2, and the CO2 contracts, to Kemper

In simple terms, the Kemper plant will burn coal at extremely high temperatures to turn it into a natural gas like substance. That gas will then fuel the power plant, and create electricity.

The purpose is to make use of abundant coal but in a way that does not generate the high level of pollutants created by coal-fired power plants. The plant is being designed to “capture” at least 65 percent of the CO2 generated during the coal gasification process.

For numerous reasons, both building and operating the plant was always going to be far more expensive than a normal coal-fired power plant. However, the sale of the captured CO2 was touted from the start as being one of the financial engines that would help the company overcome these expenses and make the plant viable.

The CO2 purchasers pump the odorless, colorless gas into old, otherwise dormant oil fields to force hard to reach oil to the surface.

Below, a graphic (which I found on the Internet) that illustrates the use of CO2 by companies like Treetop.

The success of such techniques, including fracking, led to an oil and gas boom that was in full swing in May 2011, when Mississippi Power contracted with two such companies to buy the Kemper-generated CO2.

Equally if not more important: For Kemper to operate, it must have a means of delivering the CO2 off-site. In a 2014 affidavit, a Mississippi Power vice president declared that, “Failure to be able to deliver CO2 off-site would impact the Project’s operations so that compliance with environmental permits could be jeopardized, and as a result Project operations would be shut down.”

The largest CO2 contract was with Texas-based Denbury Resources, which committed to purchase 70 percent of the CO2 generated at Kemper.

As part of that deal, Mississippi Power agreed to build, and pay for, a pipeline to deliver the product to Denbury. That pipeline is complete, or very close to it, at a total cost of just above $100 million.