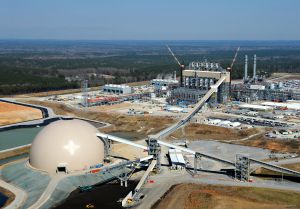 The fight over Mississippi Power’s proposed rate increase to help pay for at least part of the troubled Kemper Project power plant gained an important intervenor with the Mississippi Public Service Commission.

It gained some additional rhetorical firepower, as well.

Oil giant Chevron — one of Mississippi Power’s biggest customers with its Pascagoula refinery — was accepted as an intervenor in the fight over rate increases to help fund Kemper. 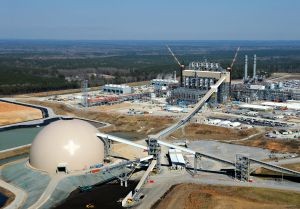 Greenleaf CO2 Solutions, a Ridgeland-based company that uses carbon dioxide for enhanced oil recovery, fired one of the most blistering broadsides against the Kemper Project in its petition for dismissal of proposed rate increases.

Chevron said in its filing it “has an interest in the adoption of a rate plan that most effectively maintains stable and reasonable rates for MPC customers.” According to its website, the refinery pumped $543 million into the Jackson County economy, employs more than 1,200 and produces 5.5 million gallons of gasoline per day.

Intervenors have the right to call witnesses, cross-examine others and participate in the PSC’s hearings on the proposed rate increase, which will happen at its next meeting Aug. 6. Other intervenors in the battle over rate increases include Walmart, Keesler Air Force Base, a consortium of Mississippi Gulf Coast casinos and the cities of Biloxi, Ocean Springs and D’Iberville.

Greenleaf’s petition is one of the strongest indictments of Mississippi Power’s rate increase proposal, which would replace a 18 percent increase approved in 2013. That increase was rescinded this month to comply with a Mississippi Supreme Court order in a successful lawsuit brought by Hattiesburg businessman Thomas Blanton, who is running for the Southern District PSC commissioner seat.

The filing assailed Mississippi Power’s decision to build a integrated coal gasification plant rather than building a natural gas plant, or even buying an existing facility. The filing cited three examples —purchases of modern facilities by Mississippi utilities — that could have saved Mississippi Power billions. It says a decision on whether the costs for the plant were justified or prudent would preclude the company getting any rate relief until the plant is in commercial operation, which was ordered by the PSC in August as a condition for prudency hearings.

Commercial operation won’t happen for the gasifier, which converts lignite coal into a natural gas substance called synthesis gas, until the first half of 2016. The plant’s combined cycle plant has been running on natural gas since August.

The court cited the lack of a prudency hearing — which would have determined whether customers or the utility would have been liable for the added construction costs for the plant — as a key reason to void the cost increase. A first-of-its kind “clean coal” power plant in eastern Mississippi, Kemper’s costs have ballooned to $6.229 billion, and it’s billions over budget and two years behind schedule.

Greenleaf also blasted Mississippi Power’s request for “emergency” rate relief with another petition. The company said in its filing that Mississippi Power hasn’t proven that its rates are unjust, unreasonable or unlawful. Nor does it needs emergency rate relief and that its financial position isn’t as dire — thanks to the previous support of its parent firm the Southern Company — as the company has stated in repeating filings with the PSC.