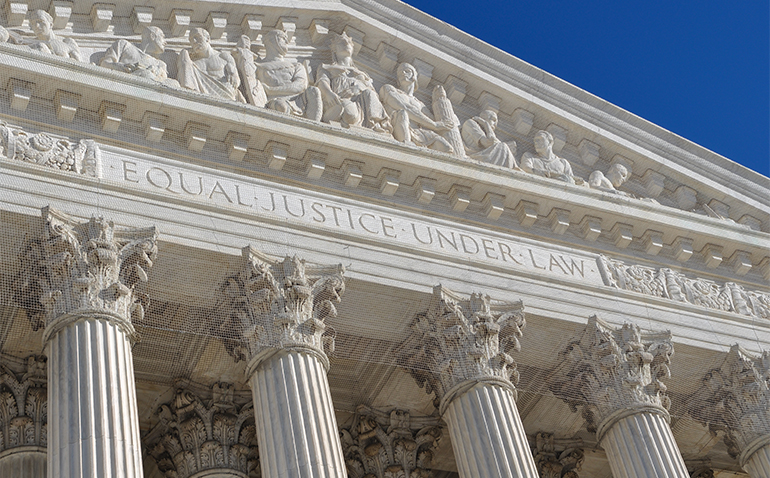 Plaintiffs in a decade-old lawsuit over Hurricane Katrina surge flooding in New Orleans are asking the U.S. Supreme Court to have another look after a federal appeals court ruled against them.

The St. Bernard Parish v. United States case has implications that go far beyond the surge flooding.  The Fifth Amendment’s takings clause is a key protection for property owners because if the government takes property, it must compensate the owners for the loss.  A Supreme Court decision in 2012, Arkansas Game & Fish Commission v. United States, modified this concept by holding the government responsible even for temporary takings, such as part of a flood like those on the Mississippi River or in Houston after Hurricane Harvey and surge flooding such as Katrina.

Katrina’s 25-foot surge was given a highway into the heart of New Orleans thanks to the construction of the Mississippi River Gulf Outlet, better known as MRGO, by the U.S. Army Corps of Engineers in 1956.

The plaintiffs argued that that the Corps was responsible for the destruction of protective wetlands near New Orleans by building the canal and through its inaction on repairing erosion caused by building the MRGO.

In federal appeals court, Judge Timothy Dyk wrote in his opinion that the government wasn’t liable for its inaction, giving the federal government an escape clause to avoid its Fifth Amendment responsibilities to property owners.  Dyk’s ruling, if allowed to stand by the Supreme Court, could allow the government to be held responsible only for its actions, not its deliberate inactions.  This is a loophole that should be reconsidered.

Property rights have already taken a hit thanks to the 5-4 decision in the 2005 Kelo v. City of New London case.  It established the precedent that governments can use eminent domain authority to take property under the Fifth Amendment since economic development is a “public use.”

Having the Supreme Court hear the St. Bernard case is essential to the protection of private property.  Government should be held accountable when its actions and/or inactions cause property damage.  The Supreme Court should not provide an escape clause for the government to ignore this fundamental right in our republic.