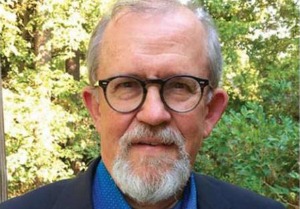 In due time there will be hundreds of volumes and millions of words written about the 2016 presidential campaign and election. They need to be written, they need to be read and they need to be studied. Pick your weather metaphor – this was a thousand year flood, a Category 6 hurricane or a magnitude 10 on the Richter scale earthquake that may yet trigger the San Andreas fault. Its shocking outcome surely ranks as one of the biggest upsets in the history of America and for that matter in the history of democracy. The two oldest and most powerful political parties on the planet got busted. Busted by voters revolting against a ruling class that wasn’t listening. Donald Trump got the headlines, but he was just the hammer that voters picked up and threw through the dining room window. Along with the window, plenty of fine red and blue china was shattered as well. Was the campaign and election a fluke or will it turn out to be a hinge point in history? Time will tell.

The 2016 campaign defies traditional analysis. Viewing it through the usual Democrat versus Republican template misses some of the critical lessons. This campaign was not right versus left but rather establishment versus non-establishment with the establishment getting thrashed.

One week post the election two themes stand out: the ‘Populist Uprising’ and ‘Nationalism versus Globalism.’

Populism according to thefreedictionary.com: “A political philosophy supporting the rights and power of the people in their struggle against the privileged elite.” As it turned out, this election cycle provided the ultimate in populist campaigns with two compelling outsiders whose populist messages drew massive crowds, generated broad grassroots funding and created huge enthusiasm gaps over their respective establishment challengers. It was obvious early on that this was a change election and voters were hungry for a populist type message. In fact the anti-establishment messages of Sanders and Trump shared much in common. As Peggy Noonan put it, “This election is about the protected classes versus the unprotected.”

Populist influence on American elections is not novel or new. America has a long and colorful history of populist anti-elitist rabble-rousers stirring up the political arena with hyperbole and over the top salesmanship in their quests to enthuse the masses and generate political power for their movements. Some famous and flamboyant examples are William Jennings Bryan, Huey Long and H. Ross Perot. Their ability to influence the national agenda is a sign of a healthy democracy, but they aren’t supposed to get a major party presidential nomination much less win the presidency. The second theme that is profound for what it portends both here and abroad is that of Nationalism versus Globalism. The sentiments of many Trump supporters were not unlike the British voters who affirmed a “Brexit” vote in late June to leave the European Union. It was a vote against what has become the too powerful, too centralized, too expensive and too unresponsive administrative state in Brussels. The same complaints can be made of Washington, D.C. And there are more country votes to come in the months ahead over the same issues. The EU might well be headed for dissolution. It turns out countries and their unique cultures matter a great deal to plenty of citizens. Reporter Edward Isacc Dovere of Politico offered this post-election observation, “They’ve already lost the chance to lock in Obama’s vision of America, one that is educated and pragmatist, multicultural, cosmopolitan and globalist.” The Trump train has now arrived at Union Station. It is not known if they are adding cars to accommodate some of the Republican establishment that have seen the light since November 8. Regardless, the populist fervor here and abroad is real and engaged. The voters rule and they will be watching closely. In the words of Thomas Jefferson, “I hold it that a little rebellion now and then is a good thing and as necessary in the political world as storms in the physical.”  Ashby M. Foote III , president Vector Money Management and Jackson City Councilman, Ward 1 –