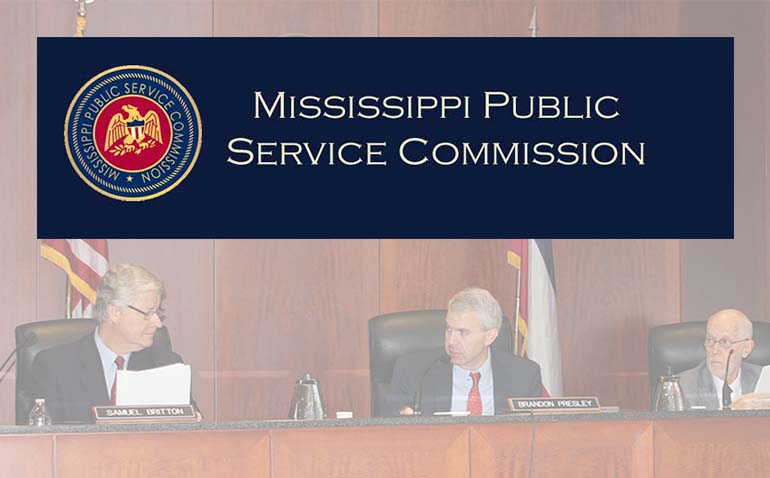 NOTE: The Mississippi Public Service Commission asked for comments and testimony regarding the possibility of its implementing an integrated resource planning (IRP) process for electric utilities. As described by the PSC, IRP is “a long range planning process that requires a utility to forecast it’s future energy demand and evaluate how that demand can most efficiently and cost-effectively be met.”

More specifically, IRP is used “to determine which mix of resources effectively minimizes future energy system costs while ensuring safe and reliable operation of the system for both the company and the rate payers.”
Bigger Pie Forum submitted testimony from Erik Randolph, an expert in utility regulatory matters. Below is a summary of his testimony, the full text of which is available here [2018-AD-64 Written Testimony of Erik Randolph-2018Jul31].

Why the PSC Should Adopt an Integrated Resource Planning Process

Integrated resource planning (IRP) was developed in the 1980s as “least-cost planning.” Specifically, the goals of the process were:

Here are the difference between traditional planning and integrated resource planning.

Rate Decreases Were the Norm Until 1970s

One major reason IRP was developed is that Investor-Owned Utilities (IOUs) began asking for rate increases. Prior to the 1970s, the norm was rate decreases, because larger generating plants and better technologies consistently reduced the cost of producing electricity. But the Arab oil embargo, coal strikes, regulatory restrictions on natural gas, other new environmental regulations, and high inflation rates, among other things, sent fuel prices soaring. The 1979 nuclear accident at Three Mile Island essentially caused a massive abandonment of planned nuclear facilities.

State utility regulators looked for ways to control the onslaught of triple-digit price increases over a single decade. IRPs provided some level of assurance that the electric utilities were acting prudently, considering risks of various fuel sources, and had plans in place to handle volatility.

IRPs Already Used Internally But Need to Have Public Vetting

Prior to the development of IRP as a regulatory device (in other states), electric utilities already did similar planning internally, as they still do. With falling electricity prices, there was little reason to second-guess electric utility managers. IRP is now needed to help regulators verify that the electricity needs of the state will be met in the future.

Filing IRPs with the PSC gives the Public Utilities Staff and interested parties an opportunity to scrutinize them and make recommendations for improvement. A full vetting of the plans and exchange of ideas will work to strengthen them. And the transparency of the process can give the PSC and the public confidence that the electric utilities are acting in the public interest.

How Monopolies Differ from Competitive Industries

Because IOUs are monopolies, they do not have the same incentives as firms in competitive market structures to act prudently. Firms in competitive market structures can suffer losses and even go out of business if they misjudge future resources or misjudge how to utilize those resources cost-effectively. They do not have the ability to pass the costs of their misjudgments on to the consumers if their competitors guess better than they do.

However, monopolies, such as electric utilities, do not suffer the same consequences. They can pass off the costs of imprudent decisions and misjudgments because they don’t have to worry about competition. Consumers have only one possible provider.

Requiring the submission of integrated resource plans takes advantage of the American system of governing public utilities, which is considered the best in the world. The core strength of our system has been investor-owned utilities who are regulated by state utility commissions, with transparency to, and input from, the public. This system deserves all the credit for the growth, development, innovation, and success of the industry.

How to Prevent “Another Kemper”

Integrated resource planning is a tool that the PSC was missing in 2009 when Mississippi Power Company (MPC) filed for a certificate to build the Kemper County Power Plant. As part of the certificate proceeding, MPC marked its natural gas price forecasts as confidential. The Bigger Pie Forum requested to see the document and won a court order, upheld by the Mississippi Supreme Court, allowing such access. If there had been an integrated resource planning requirement, this entire legal proceeding would have likely been avoided because natural gas forecasts are part of integrated resource plans and would have been disclosed. Having this critical piece of information before the public earlier may have made a difference in the process.

Other possibilities to prevent another Kemper-like occurrence include the creation of a consumer advocate position and a modification of the PSC’s procedure for allowing construction of electricity generating plants. Upon acceptance of evidence demonstrating need for new capacity, the PSC could require an electric utility to issue a Request for Proposals (“RFP”) to fulfill that need. The utility would then choose among the proposals, including its own, and submit its choice, along with the other proposals and the criteria it used for making its choice, to the PSC for approval. Georgia currently has such a rule as part of its integrated resource planning requirement:

If Mississippi restructured to allow for electric competition, as some other states have done, IRP filing requirements would be less important. Competition provides very powerful market incentives to plan well, and market disincentives if they do not. Guessing wrong or poor planning can cause economic loss, and the cost is not automatically passed on to the consumers.