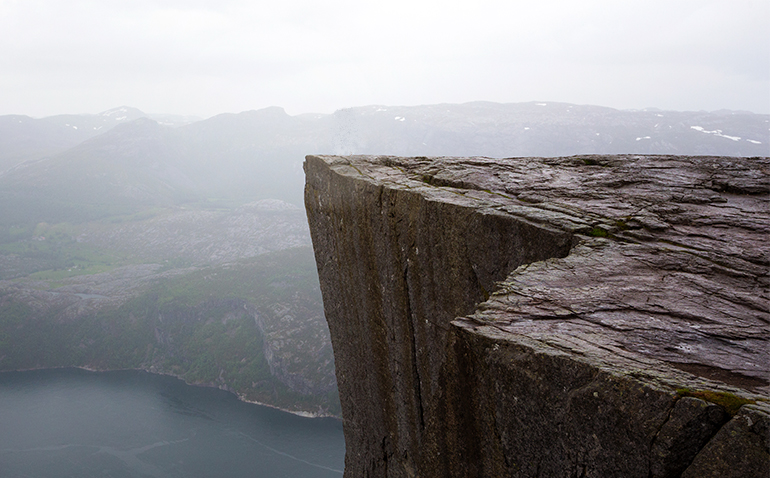 This version of Stein’s Law could be about lots of long running Ponzi schemes. Mississippi’s under-funded Public Employee Retirement Fund, for example, where employee contributions and investment returns don’t and won’t cover payments to retirees. Or on a smaller scale, Mississippi’s Prepaid Affordable College Tuition Plan, which is supposed to pay tuition and fees and protect against future rises in tuition.  It’s under-funded too because of unrealistic assumptions about future tuition increases and investment returns.

But this is about Mississippi Power’s Kemper County Lignite Plant’s big brothers — two nuclear power plants (Vogtle) under construction in Georgia and their Southern Company daddy. And about regulatory systems that prop up an archaic business model that puts interests of utilities and their shareholders ahead of customers.

You remember Kemper — the experiment to turn lignite into a cheap natural gas substitute. It wouldn’t work. Southern finally pulled the plug and wrote off $6.4 billion it planned to charge customers when Mississippi’s three Public Service Commissioners refused to approve its cost. Southern’s CEO once bragged about a “fulsome relationship” with regulators. Apparently, the relationship soured when two new commissioners were elected.

Kemper is in the news again. The U.S. Department of Justice is investigating $387 million of federal grants for the plant that wouldn’t work. Southern just can’t catch a break.

Southern’s two new nuclear plants are billions over budget and years behind schedule. They started about the same time as Kemper. If they ever produce electricity, it will cost more than electricity from modern combined cycle natural gas plants. Even with “free” nuclear fuel. The plants could cost ten times what equivalent natural gas plants cost — if Southern’s latest forecast holds. (Remember Southern isn’t known for reliable forecasts.)

Regulated investor-owned utilities are legal monopolies. They charge customers whatever regulators allow. Regulators allow utilities to recover their cost plus a guaranteed return (typically 15%) on capital if they are “prudent” investments. Hence, the more utilities spend on a plant, the more they make and the higher their dividends to investors. So, utilities and their investors like expensive plants. Doesn’t matter if customers pay more.

Customers want cheap electricity, but often don’t get it since prudence is in the eyes of the regulators. Regulators who have fulsome relationships with utilities may deem expensive plants prudent. And may be influenced more by those who want to save the planet with expensive green energy than by customers who pay for it.

Utilities have lobbyists and PR budgets to make the case for expensive electricity. Small customers have no voice. Large customers speak for themselves and negotiate deals to get lower prices. Small customers pay sticker price. Sticker price is higher in Mississippi Power’s monopoly service area than in adjoining areas. Small customers are stuck with it. Higher cost electricity stresses budgets of those with limited means and decreases disposable income. It’s a drag on local businesses.

Although the system favors utilities, their investors, expensive plants and high cost electricity, it worked reasonably well when electricity demand growth was steady, capacity additions and technology changes were incremental, and government regulation was less pervasive and intrusive. Project delays and cost overruns were manageable then. Technology mistakes were usually fixable. Government regulation was more limited and more practicable.

So, utilities bet the company on big projects like Kemper and Vogtle with unknown technology risks. They take federal money which comes with federal regulators and strings attached. But they are still subject to state Public Service Commissions which determine prudence and set rates.

When the projects get in trouble, they are too big to fail. And too complicated to fix with too many fixers. Customers often end up paying more for electricity so utilities can maintain dividends so investors won’t dump stocks with unfolding project disasters and little or no demand growth.

Taxpayers get stuck too. The U.S. Secretary of Energy just announced a $3.7 billion federal loan guarantee for the Vogtle plants in addition to an earlier $8.3 billion guarantee when the plants were supposed to cost $14 billion. They are now projected to cost $28 billion.  Taxpayers could end up on the hook for the $12 billion.

One of the first mega projects to get in trouble was Entergy Mississippi’s Grand Gulf nuclear plant. Customers (in three states) are still paying more for its electricity which costs even more as it wears out and decommissioning looms. It may be cheaper for Entergy to run it forever than to decommission it. But probably not for customers. It depends on the PSC and federal regulators. They may kick the can down the road. Wanna bet they won’t?

But you can’t kick the can down the road forever. Can you?