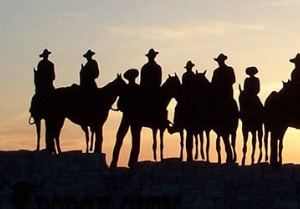 Power’s Kemper County Lignite Plant and the Mississippi Public Service Commission which regulates it.  But it’s more about the unintended consequences of regulator’s ambitions and decisions.  The PSC is a case in point.

PSC Chairman Brandon Presley spoke recently to reporters at the Stennis Capitol Press Forum in Jackson.  He pitched a new and improved PSC – and a list of new things he wants it to do.  Some of these new things will be done under the auspices of a “rural services officer.”

PSC useful? This new position will, of course, be under the direction of the Chairman and commissioners – who have presided over the $7 billion Kemper debacle.  Their performance does not inspire confidence.  Why should they be entrusted with more authority?  What “useful” function does the PSC perform?

“Useful” is PSC technical jargon.  It usually appears with “used” as in “used and useful.”  This is the yardstick the PSC uses to measure projects such as Kemper to see if they are “prudent.”   If they are “prudent”, customers have to pay for them.

You would think the yardstick would be applied so as to protect customers and see that they get cheap reliable electricity.  After all that’s what the PSC is supposed to do. You would be wrong.  Mississippi Power customers’ electricity costs are already the highest in the state (and among the highest in the nation) even though the PSC hasn’t decided who will pay for most of Kemper’s cost.

The PSC doesn’t seem to be performing a useful function on behalf of Mississippi Power’s customers.  It authorized the Kemper experiment at an estimated cost over four times that of a proven natural gas plant, reauthorized it at a higher cost, ignored company misrepresentations and broken promises, and entangled itself in rulings and failures to rule that may let the company off the hook for its mistakes, and put customers on the hook for even more costs.

Not his fault.  But Chairman Presley said it’s not his fault.  He said he was against Kemper from the start and consistently voted against it. It’s true.  It’s in the record.  He also said he has lost over 200 pounds.  It’s true.  You can see it.  He said worrying about a gasifier will do that for you. (Planning to run for higher office might too.)  But he seems to be worrying more about how to avoid credit for Kemper.  He also seems to be trying to absolve the PSC of its responsibility for Kemper.  That’s important if you want the new improved PSC to do wonderful new things for Mississippi.  Under its new Chairman.

Chairman Presley does deserve credit for his stand against Kemper.  He said it was a high-risk experiment and repeatedly voted against it.  He pointed out that he was outvoted by two other commissioners.  (They have been replaced.)  Their replacements say they have reservations and questions about Kemper.  But it remains to be seen if they will vote to protect customers from the company’s mistakes.

The PSC staff which advises the PSC and the Public Utilities Staff (and its director and 28 experts) which advises the Governor have not been replaced.  It looks like the experts got a lot wrong about Kemper.  (To be fair they probably had some guidance, and they  also got some things right – which may have been ignored.)  Seems the experts provided cover for the PSC to ignore the company’s mistakes.

This is not to put the blame on the experts.  They were just advisors.  They didn’t make decisions.  The responsibility lies with the PSC.  It failed to regulate Kemper.

Kemper is a classic example of regulatory capture.  It happens a lot.  That’s the fallacy of “independent regulators.”  They often aren’t independent.  They can be influenced by powerful people or campaign contributions.  They are also often over matched by the expertise and experience of the companies they regulate.  So they defer to the companies, give them the benefit of the doubt, and trust them to do the right thing.  Big mistake for the PSC to trust Mississippi Power and its parent Southern Company.  (Southern’s powerful CEO brags about the company’s friendly regulators.)

Chairman Presley is ready to move on, to change the subject, to put Kemper behind the PSC.  He wants a pass because Kemper happened on another chairman’s watch.  After all he voted against Kemper.  Yes he did, but not recently.  In fact, his last vote was for a rate increase for Kemper.  Say what?

Now that he’s chairman with more authority, how will he deal with the mess he and the new commissioners have inherited?   Will he vote to split the baby and make customers pay for some of the company’s mistakes?  Or will he find a way to make the company pay for all of its mistakes and misrepresentations?

Or should the legislature reduce the scope of PSC’s mission when it comes up for funding review?