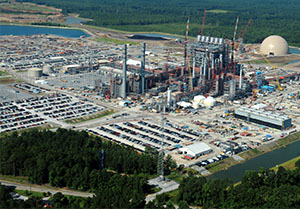 County Lignite Plant.  The request was in a June 5 filing in response to an order by the Mississippi Public Service Commission to review an earlier temporary rate increase. That earlier 15% increase was for the cost of Kemper’s turbines generating electricity from natural gas plus some incidental costs related to Kemper’s inoperable gasifier.  It was scheduled to decrease as some of the costs it covered were amortized.

Mississippi Power cleverly disguised its requested increase.  It said it was just keeping the earlier increase in place — even though it’s supposed to fall.  Because, don’t you know, a rate decrease would just confuse customers.  That’s probably true since their rates have never decreased.  And never will if any more of the cost of Kemper’s inoperable gasifier is ever approved.

And oh yes, Mississippi Power asked for more time to fix the gasifier.  It said the gasifier would run next month — the 37th next month in a row it’s supposed to run.  But it asked for another six months just in case.  And then it wants another six years or so to fiddle with the fixes and come up with arguments to put some more of its cost into the rate base.  Meantime, customers can continue to pay the 15% temporary rate increase.

Is that a good deal — or what?

In case this is confusing and you haven’t read all 35 of my earlier articles on Kemper to confuse you even more, let me simplify it.  Mississippi Power Company, directed by its parent Southern Company, helped by some legendary Mississippi politicians decided back in 2006 to conduct a $1.8 billion experiment which has ballooned to $7.9 billion and is still ballooning.

The idea was to turn Mississippi lignite (low grade coal) that burns like wet dirt into a substitute for natural gas (syngas) and burn it in conventional (well, almost conventional) gas turbines to generate electricity.  The experiment was the gasifier turning lignite into syngas.  You could safely say the experiment has failed.  But the Southern Company’s CEO won’t say it.  Why?

How big is the crow?  The total cost of the project to date is $7.9 billion.  (Over 10 times the cost of an equivalent natural gas plant.)  Government grants paid part of the cost.  The company has paid about $7.3 billion and has eaten (written off) about $3 billion of this.  The PSC has approved about $1 billion for customers to pay.  The CEO hopes to stick customers with the other $3.3 billion plus billions more in operating and maintenance expenses.

The PSC approved the billion for the turbines (including $170 million for gasifier related costs) and put it in the earlier 15% temporary rate increase.   Assuming the PSC sticks with this, that leaves $3.3 billion (ignoring ongoing costs) to be paid either by customers or by the company or both.

The CEO says he was just an innocent bystander when the PSC ordered him to build the plant.  And it’s not his fault that the gasifier cost $7 billion and doesn’t work — because it will work next month.  Or that natural gas prices are too low for syngas to be competitive even if the gasifier works.  So the PSC should do the fair thing and make customers pay.

The PSC could do the sensible thing and make the company pay for the failed experiment.  All of it.  And reduce the temporary rate increase to reflect fully amortized costs included in it.  The result would be a permanent increase in the range of 7-10% vs the present 15% temporary increase.

If it did, customers would not be threatened with the overhang of more future increases related to the gasifier.  Even so, their rates will still be the highest in the state.  But lower than they will be if the PSC doesn’t put a stake through the gasifier.

But the PSC is not known for sensible or quick decisions.  One commissioner suggests that the PSC bears some responsibility for the company’s gasifier mistakes because it permitted or enabled the company to make them.

And oh yes, if the company has to pay for its mistakes here, it may not want to make mistakes here again.  Other companies won’t either.  So the state won’t get hustled by as many promoters and will lose all those great investment opportunities.  What will happen to the Mississippi Development Authority then?

Also if the company has to pay for its gasifier mistakes, Mississippi Power will take bankruptcy.  And the sky will fall.  And lobbyists will spend like paupers.  And Tico’s Steakhouse will close.

The PSC has set another hearing later this month to decide how to proceed.  That doesn’t suggest an imminent sensible decision.

Don’t be surprised if the three commissioners decide to give the company another billion or so for its mistakes.  Call it a participation trophy.  It’s not the commissioners’ money anyway.