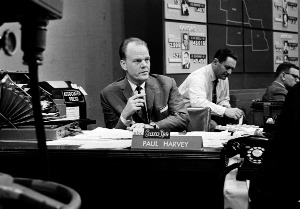 Paul Harvey was a popular radio personality of a bygone era.  He was a master story teller whose teaser was: “And now, the rest of the story…”  It frequently led to an O. Henry like surprise ending.  Recently Entergy Mississippi’s VP Public Relations said in a letter to the editor that I had “… conveniently missed one of the biggest stories in Mississippi electric utility history.”   The story is the almost $50 million Entergy Mississippi saved the first year after 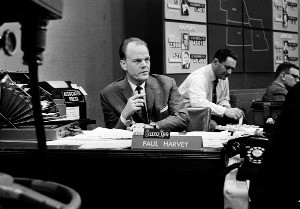 joining MISO’s regional grid.  I was glad to acknowledge the savings.  It is only part of the story, though.  The rest was (conveniently?) buried in Entergy’s 2014 Annual Report.  Here it is.

MISO.  First, what does MISO do, and how does it save money for customers?  MISO (Midwest Independent System Operator) is a non profit Regional Transmission Organization (RTO).  MISO’s job is to match the cheapest electricity and transmission from its members with system demand so they can supply electricity to their customers at the lowest cost.   Think of an air traffic controller for utilities.   It does not own generating plants, transmission lines, or distribution systems.  So it has no reason to favor one power plant or transmission line over another.   Membership is voluntary.  It was created in 2001.   What?  Did you say 2001?  Yep.  So why did Entergy wait twelve years to save money for its customers?   It could have made “Mississippi electric utility history” years ago.  Did Entergy Mississippi overcharge customers $600 million while it waited?  That’s $50 million a year for 12 years.  What took so long?  Why now?

DOJ investigation.  Entergy’s 2014 Annual Report seems to provide the answer.  Look under “U.S. Department of Justice Investigation.”  It looks like Entergy joined MISO to get the DOJ off its back.  Not to save customers money.  It could have done that on its own years ago.  Why was the DOJ after Entergy?  In 2010 the DOJ told Entergy it was investigating “… competitive issues concerning certain generation procurement, dispatch and transmission practices and policies of the Utility operating companies.”    Translation: The DOJ suspected the company was not playing fair with customers and independent merchant power producers.

Entergy Mississippi is one of “…the Utility operating companies” investigated by the DOJ.  There are five, all owned by Entergy Corporation.  The others operate in Arkansas, Texas, and Louisiana (two companies).   Their operations include generation, transmission, and distribution.   Their monopolies, vertical integration, and scale of the combined companies are a significant competitive advantage.  It can be abused.  State public service commissions regulate intrastate services.  FERC (Federal Energy Regulatory Commission) regulates interstate commerce services.   The DOJ monitors antitrust compliance.   It suspected Entergy of “exclusionary conduct” that denied merchant power producers access to its transmission system to deliver cheap power (from newer combined cycle gas turbine generating plants) to customers.

So customers paid more, and the merchant producers went bankrupt when they couldn’t get their power to market.   Entergy later bought two of their shuttered plants cheap.  Sweet, huh.  Hey, politics and utility fights ain’t beanbag.  That should teach merchant power companies not to generate electricity where Entergy has a monopoly to sell it and owns and controls the transmission system.  Especially if the plants are newer and more efficient and could save customers money.  The DOJ took issue with that.  The PSC didn’t.

In November 2012 the DOJ said its investigation remained open.  However the DOJ also said if Entergy would join an RTO and would spin off its transmission business, the DOJ would call off its dogs (not Chihuahuas).  Entergy got the message.  It joined MISO in December 2013 and reported $50 million savings for Mississippi customers in 2014.   Entergy Mississippi’s VP for Human Relations is quite proud of that historic event and wants us all to know about it.  Also wants us to think it was all Entergy’s idea.  Not even a hat tip to the DOJ for “suggesting” that Entergy join an RTO to resolve its antitrust problem (conveniently missed?).   MISO’s now a done deal.   But sale of the transmission system has hit a snag.

PSC roadblock.  Entergy did arrange to sell its transmission system to an independent transmission company as the DOJ suggested.  However, the Mississippi Public Service Commission voted against it.  What?  Where was the PSC when Entergy denied customers cheap power from merchant producers?  Why block this divestiture to prevent more abuses?  Does the PSC have a better way?  Does it care?  Maybe not.  But it does care about its regulatory authority.  It doesn’t want to give up any.

If the transmission system is sold to a third party, it will then be regulated by FERC, not the PSC.  The PSC said that could lead to higher rates.   Wait, the PSC is concerned about rates?  Is that the same PSC that gave Mississippi Power an illegal 18% rate increase for a down payment on its runaway Kemper lignite project?   The same PSC that asked the Mississippi Supreme Court to rehear its decision rescinding the increase?   The same PSC that the court just told to make the company get on with the rate refund while denying its request for rehearing?  Yes, it’s the same PSC.   The court said this about it: “The Commission has exhibited a pattern of conduct throughout these proceedings that exceeds its authority. The Commission’s tasks remain undone and its duties unfulfilled.”   You can add stopping Entergy’s “exclusionary conduct” to the list of unfulfilled duties.

It won’t be the same PSC after the upcoming elections though.  There will be at least two new commissioners.  Will it will actually fulfill its duties to the public then?  Or change its name to the Utilities Service Commission?