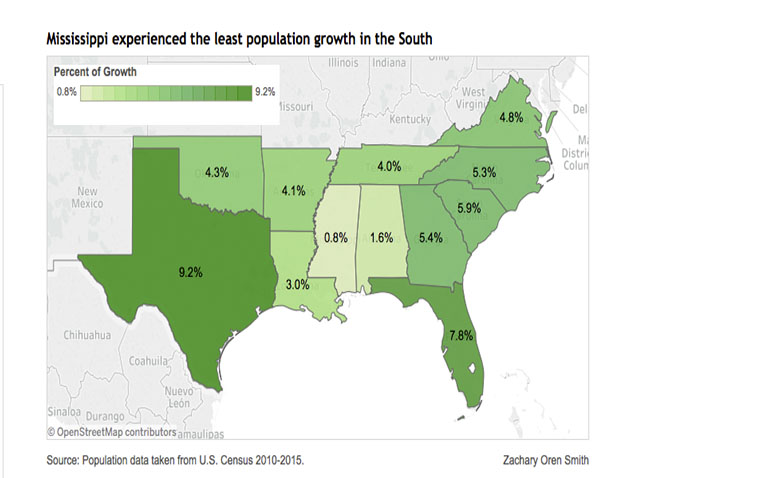 The contract was for a Microsoft Enterprise agreement, licensing the product to the state for three years. Of the three competitive quotes received, CDW-G LLC had the lowest bid.

Looking at the bids, Commissioner Dick Hall asked, “There wasn’t a Mississippi company that could have bid on the contract?”

“There just isn’t a company in the state that has the license necessary to bid on this project,” responded Melinda McGrath, executive director of MDOT. “Just look at the number of computer science undergrads that are leaving our state.”

Hall’s question is becoming an increasingly common topic in the state.

On the same day as the MDOT commission meeting, the Humanities Council and Rethink Mississippi hosted the first of a three-part happy hour series hoping to generate conversation around why young people are leaving Mississippi.

“Mississippi is turning away a lot of people,” said Jake McGraw, who represented Rethink Mississippi as the series moderator. “We’re not doing similarly bad as states like Alabama. In this area, we are the outlier.”

McGraw points to the last five years of U.S. Census data: between 2010 and 2015, Mississippi’s population only grew an estimated 0.8 percent, half as much growth as the second lowest state, Alabama.

“It’s a multiplier,” McGraw said. “I think one problem is that for every person that leaves, it’s easier for the next person to leave.”

For Dean Jason Keith of Mississippi State University’s Bagley College of Engineering, job placement in the state is a goal of the college.

“Of our total graduate pool fifty percent get jobs inside Mississippi,” Keith said. “We are working very carefully with the Mississippi Development Authority in collaboration with Mississippi State University’s Office of Research and Economic Development to do more to attract more industries to our state. We have a good percentage, and we are working to push that to have more engineering-based workforce in Mississippi.”