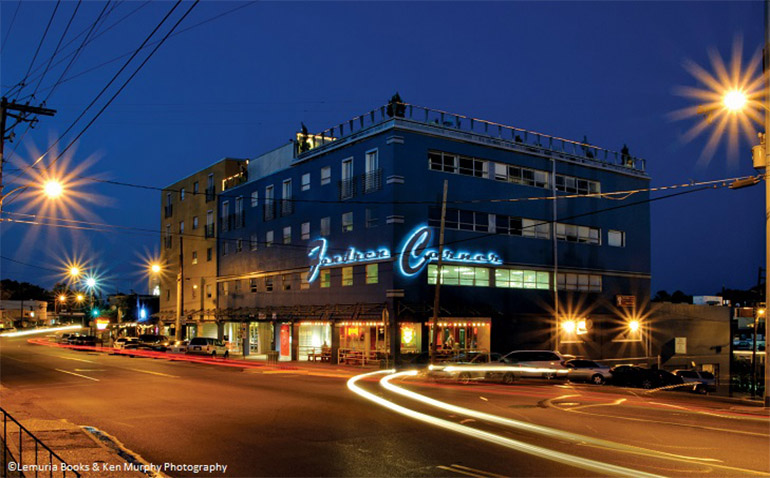 Build it and they will come = new Convention Center hotel.  Come and they will build it = new Fondren Whitney Place hotel.  Top down or bottom up?  Which works? Fondren’s business center north of the University Medical Center works. It has busy shops, popular restaurants, creative professionals, and waiting lists for apartments. All private investments. All bottom up. The downtown City Convention Center complex doesn’t work. It is top down. It barely has a pulse. No activity. It has cost taxpayers millions. Think a new hotel will bring it to life? Careful lenders don’t.

Jobs again. Convention hotel backers say it will create jobs. Sound like KIOR and Kemper and other top down boondoggles? Why don’t they work? Why does Fondren work?  In a nutshell: Projects motivated by jobs instead of profits rarely create either long term. (Subsidized and nonprofit projects are exceptions.) Projects motivated by profits create jobs if successful.  But there’s more to it.

Top down projects are typically big and grand. It is assumed they will work. This frequently involves wishful thinking and deception. It often involves secrecy in the name of protecting trade secrets. This may be a tell if the project is funded by taxpayers or advanced by government officials. A tell is clue that a gambler is not holding the cards he wants you to think he’s holding. Politicians gambling on a wishful thinking project with taxpayer dollars don’t want to show their hole cards. They just want taxpayers to trust them. And their experts. And the lawyers, engineers, consultants, contractors, and others who make money building the project. Even if it doesn’t t work.

Bottom up better. Bottom up projects are often incremental. They often build on or tweak what already works. They proceed by trial and error. They evolve. Their backers have skin in the game and don’t want to lose it. So they are careful. They think: What if I’m wrong? How can I reduce my risk, improve my odds? They focus on customers, tenants, clients, patients – not jobs, not headlines. What can I do to make my service or product more attractive, more convenient, better, safer, cheaper? They know success begets success. They also know that failures happen, but can lead to success if you survive and learn from them. They want to fail small and succeed big.

Difference makers. So what are some small bottom up projects that are part of the big Fondren success?  Who backed them?  Here are two: a no nonsense entrepreneur  and a pragmatic nun. The entrepreneur is Mike Peters. The nun is St. Dominic’s Sister Dorothea. Here’s what they did.

Mike bought a derelict building on the corner of North State and Fondren Place in 2002.  Why?  It was cheap. He thought he could make it profitable. How? He looked around to see where run down neighborhoods had been revived and what it took. What worked? He found success stories in Memphis, Birmingham, and Atlanta. They had something in common. They nestled up to thriving medical complexes. Jackson has one: University Medical Center, Methodist Rehab, the VA Hospital, and St Dominic’s. All in a row with Fondren in their sweet spot.

Did he tear the building down and build a grand new one?  No. He painted it blue, red, and yellow and renovated it himself. So he could rent it cheap and make money. He has. There are restaurants and shops on the ground floor, offices in between, and apartments on the top. Taxes are $90,000 annually. It used to be a tax delinquent. Things began to perk up around it. And grow incrementally.

Then in 2007 Mike bought the old Duling Elementary School Building a few blocks away. It was built in 1927 in what was then Asylum Heights (Sylum Hill). The name was changed to Fondren after a prominent citizen who served as postmaster for 33 years. Sounded better. The school was vacated in 2005 and entered in the Register of Historic Places in 2007.

The building was a derelict. It generated no tax revenues, but cost the city to maintain it. Mike renovated it and preserved its historic character. Now it has six tenants including two busy restaurants. Oh yes, taxes are $175,000 per year. Other entrepreneurs have joined the Fondren parade. Some small, on a shoestring. Others are big and well financed like those building the apartment complex on Lakeland and the Whitney Place hotel.

Sister Dorothea is St. Dominic’s CEO emeritus. One of her first executive decisions 20 years ago was to commit $1 million for Fondren shoestring residential improvements. The concept was simple, bottom up, and incremental.  Residents first spent their own money (skin in the game). St. D. matched up to $6,000. The pay-off: better, safer, stable neighborhood and good neighbors.  Sister D. said thankfully it worked because she committed without running it by St. D’s CFO first. It’s success validated her judgement and led to more neighborhood  commitments. But it was a rare exception to St. D’s vet (due diligence) first policy.

Seventy years ago eleven “pioneer” Dominican Sisters headed to Jackson from Springfield, Illinois. They bought the old 85 bed Jackson Infirmary on Amite Street from its doctors who wanted a better hospital. Eight years later they opened the new 96 bed St. Dominic’s Hospital on Lakeland Drive. It now has 535 beds. It occupies 20 acres (then on the outskirts of Jackson) acquired from the state plus recent purchases east of I 55. It has grown to meet other needs and has over 4000 employees total. Growth has been bottom up, incremental, trial and error. But not many errors thanks to the vet first policy. Some inspired leadership. And missions from God.

Fondren’s evolution could be a page from Matt Ridley’s latest book: “The Evolution of Everything.”  It’s about how business, education, technology – everything evolves, not just biological species. Evolution is bottom up, incremental, trial and error. It selects for competitive advantage. It always picks winners. Politicians don’t.