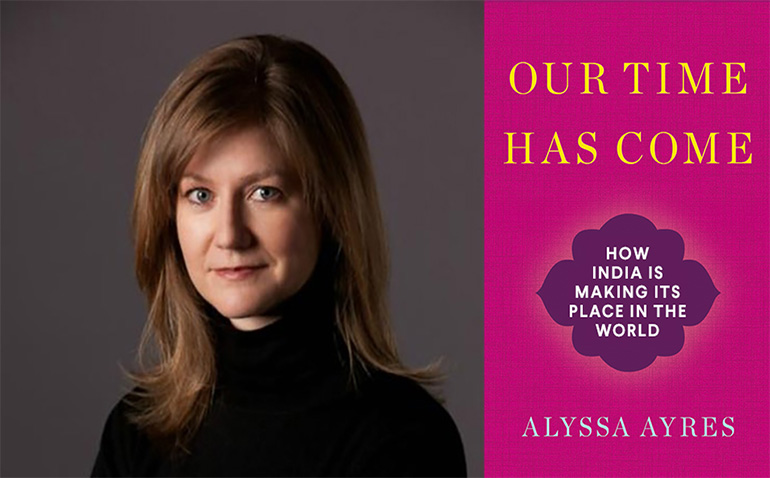 Can India’s economic boom be a blueprint for Mississippi?

By Rina and Shadrack White

Guess what the world’s most populous country will be in four years? If you guessed China, you’re wrong. What will the world’s third largest economy be in 11 years? Maybe Japan or Germany? Wrong again. Third largest military in the world today? Russia would be a good guess, but incorrect.

The answer to all these is India.

India’s meteoric rise from rural state to powerhouse is the subject of Alyssa Ayres’ new book, Our Time Has Come. The book holds insights on how to take an economy from the bottom to the top and some potential lessons for Mississippi, too.

There are plenty of parallels between India and Mississippi. Agriculture is the number one industry for both. Both places are largely rural. Both have struggled with poverty, though India to a much greater extent. Both have a history of societal struggles, like racism and class conflict.

The lesson of India is that no country or state is permanently stuck in last place. India’s information technology industry is particularly inspiring. “A generation ago,” says Ayres, “India’s IT industry barely existed.” Now it’s a global force, providing accounting, research, and data processing to the world. IT accounts for nearly 10% of India’s economy today.

How did India achieve this revolution? Give some credit to what Ayres and others call the “Mumbai Consensus.” That’s the belief that economic development should focus on developing the skills of its citizens rather than investing in factories that make lower-priced goods. This is how India built a workforce that came to dominate the highly profitable IT industry in a short time.

Mississippi needs something similar. We should be relentlessly focusing on preparing our children for 21st century jobs. Rather than endlessly debating how much money is spent on public schools, we should be talking more about how that money is spent, and whether schools are equipping kids with skills like the ability to utilize technology and critical thinking.

A focus on improving our workforce comes with a downside, though. Investing in people means investing in a mobile form of capital. That is to say, smart people might leave your state after they get trained. It’s called brain drain, and it’s already a problem here.

It’s a problem in India, too, but they are fighting back. On the day we wrote this article, we Googled “brain drain,” and the first article that came up was not about brains draining from rural America. It was about India, and their 80,000 rupee (about $1,250) a month grant to PhDs to keep them in India.

Mississippi needs to combat the exodus of smart young people from our state, too. We need to funnel more of our economic development dollars to young entrepreneurs and a little less to big, out-of-state companies. Our long-run economic future depends on businesses based here at home.

Which brings us to the second lesson: we must elect leaders who signal confidence and potential. Convincing businesses to start here and young people to stay depends in part on their belief that Mississippi has a promising future. Ayres argues that India’s Prime Minister Modi has garnered praise for traveling the world and projecting optimism. Modi has balanced his top priority of India’s domestic economy—he has a “Make it in India” campaign that sounds a little like “Make America Great Again”—with reaching outside India to show the world India’s progress. The point is that the message you send through your leaders to the outside world matters. We should bear this in mind as we approach Mississippi’s 2019 elections.

Another factor in India’s success is that India once had many government-created barriers to economic growth. For example, India once had tight restrictions on the percentage of businesses that could be owned by foreigners and intense licensing rules that limited the people that could be employed in certain jobs. As India freed its economy from some of these rules, it blossomed.

Mississippi does not have many of the same kinds of restrictions (we don’t limit the amount of money an Alabamian can invest here, for instance), but we still see a third lesson: Mississippi must avoid overburdening its economy with regulations. Occupational licensing is particularly pernicious.

Ultimately, Ayres’ book is the story of how quickly an economy can turn around. Mississippi has to get smart if we hope to mirror India’s success. If we don’t, more jobs that are in New Albany may move to New Delhi.

Rina is a management consultant who advises some of the largest businesses in the country on their toughest challenges. Her parents immigrated to the South from India over 30 years ago. Her husband, Shadrack, is the Director of the Mississippi Justice Institute. They met in law school at Harvard and today live in Flowood.