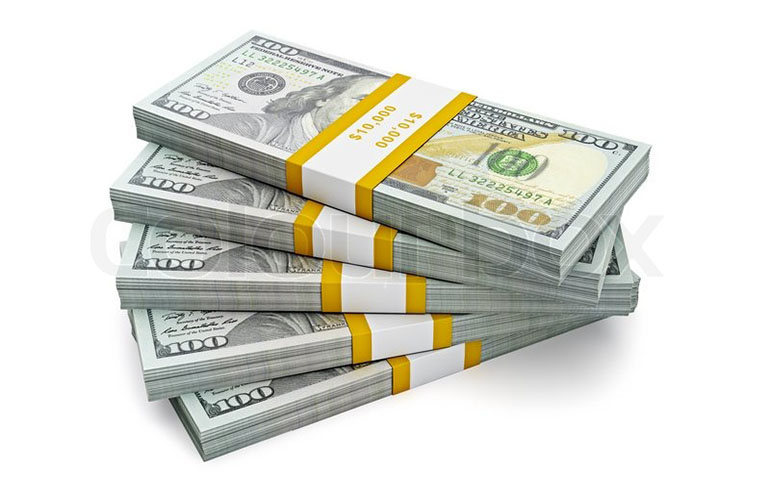 I have a friend in the towboat business. His boats work on the Intercostal Canal, the Mississippi, and other inland waterways. The waterways are maintained and controlled by government agencies. He quotes a congressional baron’s “request” to industry leaders for campaign contributions: “You boys who get in (contribute) early will get some help. The rest of you will get good government.”  Smart money knows good government is an oxymoron. So smart money gets in early to get some help. It’s how the game is played.

It’s everywhere.  My friend lives in Texas. But the shakedown he describes happens everywhere. New York, for example. Donald Trump talks about the game there. It’s pay to play. He admits he gives to both parties – because he has to. His in-your-face politically incorrect revelations are what many cynical and angry voters already know: the game is rigged against them and nobody cares. They don’t like it. Trump’s candor may spark a revolution.

So what’s the game in Mississippi? Surprise, surprise. It looks at lot like the game in New York and Washington. Who plays? Regulated monopolies are the biggest players. The two biggest are K-12 public schools and electric utilities.  They pay to protect their monopolies. Their suppliers, contractors, consultants, lawyers, etc. pay too and get jobs, orders, contracts in return.  But who really pays are kids and parents and taxpayers and customers who get an inferior service or product. For example: under educated kids, over priced electricity, and an under performing economy.

Monopoly hurts kids. Look at public schools. Supporters  of the recent failed Initiative 42 Constitutional Amendment spent $6 million trying to put the monopoly under control of a Hinds County Chancery Judge. Why? They want more money. They say funding by the legislature under the Mississippi Adequate Education Program isn’t enough. Never mind that it’s over 40% of the state budget. Or that it’s more every year. Or that the MAEP funding formula is based on underperforming C and D schools which cost more than A and B schools. But hey, monopolies are not about efficiency and value for customers (i.e., students). That’s why 115,000 kids are trapped in failing schools.

Will more money help public schools?  Yes – administrators, bureaucrats and teacher aids. But probably not students. It hasn’t helped ACT scores. Public schools now have fewer students, but more teachers and even more non-teachers – many in failing schools. Can competition like school choice make a difference?  Yes, for students who escape failing schools. It may also make all schools better. It has in other states (e.g., Wisconsin, Arizona, Florida).

Conventional wisdom says better education means better jobs and a better economy. This argues for disrupting underperforming public schools. Competition is a known disrupter. However, Matt Ridley notes in “The Evolution of Everything” that it may actually be the other way around: better jobs mean better education. Whatever, it’s a virtuous circle. But it’s broken here. It’s hard to think more of the same will fix it.

Monopolies hurt customers. Now, look at electric utility monopolies. The two largest in Mississippi are Entergy and Mississippi Power. They pay armies of lobbyists to get the legislature to pass things like The Base Load Act. It makes customers pay interest on power plants that are still under construction. Next thing you know customers will pay for plants that haven’t even been approved (certificated) for construction. Wait, the Public Service Commission just passed a rate increase for such a plant. Two commissioners who voted for it were lame ducks and are no longer in office. So their successors can grant a rehearing to reconsider the unprecedented ruling. They will decide if the commission will do its job or continue to fail: “The commissions tasks remain undone and its duties unfulfilled.” (Mississippi Supreme Court decision reversing another earlier unlawful rate increase.)

Can competition help customers if regulators won’t? Yes, according to the VP Public Relations for Entergy. He told Northside Sun readers that Entergy saved customers $50 million in 2013 by joining MISO’s regional grid and buying cheap electricity from competitors. He didn’t mention that Entergy could have saved customers $500 million by joining ten years earlier. Or that it joined under duress from the Department of Justice over antitrust issues. Or that it tried to divest part of its transmission system as “suggested” by the DOJ to prevent future antitrust issues. Or that the PSC blocked the divestiture citing concerns about higher rates. Yes, that’s the same PSC that just gave Mississippi Power a 14% rate increase for Kemper’s turbines and some stray pieces of its perpetually-under-construction gasifier.

Competition helps. Can Mississippi Power save money for customers if it joins MISO and buys cheaper electricity from competitors? Yes, a lot. Mississippi Power’s rates are much higher than Entergy’s. Why doesn’t it? Well, utilities make money from expensive plants. (Kemper is the most expensive ever.) The more a plant costs, the greater the utility’s guaranteed return. So they like to make electricity in their expensive plants. They don’t like to buy it cheap from competitors. They are very good at convincing PSC regulators that expensive electricity is good for customers. This is called regulator capture. It happens a lot. It’s why regulated monopolies with compliant regulators are often bad for customers, business, jobs, and economic growth. Expensive electricity hurts all of these.

Now, look at quasi monopolies. They are businesses with a government franchise or license that limits competition. Like taxis in Jackson. Think competition would make things better? Yes. When passengers have a choice, they don’t chose dirty taxis with surly drivers. They pick Uber. Then dirty taxis get clean, and drivers get polite. There are lots of quasi monopolies whose customers would benefit from competition. So would the economy.

Good government may be an oxymoron because there’s too much of it. A good place to start whittling is on monopolies and their political enablers.