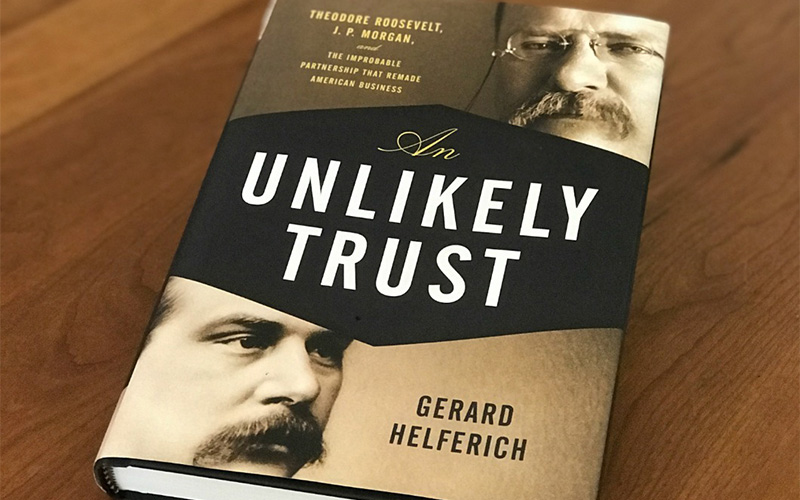 Important Business Lessons from a Century Ago

The start of the 20th century was a pivotal time for America.  The British Empire was still the world’s preeminent economic power, but America was in ascendancy.  The industrial revolution was maturing and that meant waves of industry consolidation, from oil and railroads to coal, electricity and steel.  These combinations became known as trusts, many of which exhibited monopolistic-type characteristics to include control over markets and pricing.  The trusts brought centralization, greater concentrations of wealth and power, increasing income disparity and growing tension between capital and the working man.  It was a time ripe for political intervention, and as fate would have it in September 1901, an assassin’s bullet made former Rough Rider and man of action, Theodore Roosevelt, the 26th President of the United States.  Confronting Roosevelt on the trust issue was J.P. Morgan, trust architect and the premier financier of his era.  At stake was nothing less than America’s economic trajectory in the century to come.

Roosevelt and Morgan would prove to be the two most consequential and controversial characters of their time.  Both left indelible marks on America and its culture.  Now a century later – Roosevelt’s visage peers down from Mount Rushmore and his name is forever linked to teddy bears.  J.P. Morgan is now the title of the largest bank in America, and Morgan’s tuxedoed figure was the model for the iconic “money man” logo of the Monopoly board game.  But teddy bears and board games aside, “Morgan and Roosevelt were the two most powerful men in America, perhaps the world, and the transformation they wrought were essential to creating our modern age.  In no small measure, we are all living in a world created by Theodore Roosevelt and Pierpont Morgan.”

Historian and author Gerard Helferich selected an important and timely topic for his latest book, An Unlikely Trust.  He does a masterful job of weaving together the life journeys of these larger than life figures and their roles as sometimes collaborators and sometimes adversaries.  The result was the transformation of the U.S. economy from laissez faire – winner take all economy to one of regulated competition.  Some of the important institutions that bear the fingerprints of their efforts are the FTC, the FDA, the Department of Commerce, the Federal Reserve System and the Panama Canal.

An Unlikely Trust is a great read for history buffs and it also provides valuable context for our current economy that is wrestling with monopolistic behavior by tech titans such as Google, Facebook and Amazon.  Don’t be surprised if some larger-than-life politicians utilize the tools put in place a century ago to intervene, leveling the playing field in the Internet space.

The author Gerard Helferich contributes regularly to the Wall Street Journal and has published four previous books.  He and his wife, Teresa Nicholas, also a writer, live in the Belhaven neighborhood of Jackson and have a second home in San Miguel de Allende, Mexico.